2 carpenters (but not only ...) find that there is a lack of a reliable tool, other than the hand, which makes it possible to manufacture complex assemblies of framework, with simplicity. Our idea: to manufacture the first digitally controlled, portable framing mill.

2 years later, after a training and a lot of work, it's done. The OAKBOT was born. It's a tool for professionals but can be used by anyone. 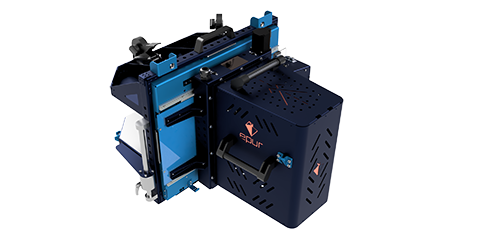 Oakbot: the first born
EPUR aims to develop and commercialize innovative tools in the building sector.

OAKBOT is a tool to create added value, productivity and quality work.
Discover
Our vision, our values
Our company is resolutely turned towards innovation and we have invested and will invest a lot of financial and human resources towards Research and Development.
Our territory, our identity
We chose to set up the R & D center in rural areas, where we chose to live. We are convinced that this territory can contribute to bringing us, diverse talents, people full of skills, who wish like us, live "differently", and elsewhere.
We are located on this mountainous plateau, because ecology is at the center of our citizen concerns. Here it is easy to live according to one's convictions.
Social values
In addition we also created EPUR to be able to express our social values, we decided to take care literally as well as figuratively, our collaborators.

Parity is important to us, as such there is no gender pay gap, with equal skills. Executive jobs are distributed in a balanced way.

We want to offer our employees a pleasant and flexible working environment, we work from shared objectives.
Training and pleasure
We want our staff to be trained throughout their career in the areas they are interested in. Any acquisition of competence of a group member enriches the group whatever the field.

One of our strong values is based on the idea that taking pleasure in what you are doing allows you to develop your skills. We will do everything possible to achieve this result.
Competence, enthusiasm, assertiveness, strength of proposition matters to us more than diplomas: we can always train.

At the selection, the decisive criteria will be the desire and the enthusiasm to join our adventure, beyond any prejudices.
Perspectives
Since 2017 and three other prototypes, a partnership with a company that makes innovation in the wood industry its core business (A2C) and the creation of 5 jobs, we begin to market our robot to early early adopters. We also sell products from A2C, which sells wood processing and handling machines, OAKBOT's stationary-sized robots. We work with different partners for the production of the structural part, the electronic part will be assembled by us on the Sault plateau.

We expect a rapid growth of the company with a strong growth (multiplication by 15 of turnover between 2018 and 2019). Our R & D department will quickly enable us to offer a range of products covering the diversity of the needs of our customers whether they work with industrialized wood or sawn timber, TPE framing or industrial of the sector.

Our desire is to contribute to the revitalization of a rural area by anchoring our company on the Plateau de Sault (Pyrenees). Contribute to a departmental and regional dynamic on a sector of innovation in digital machines, thus consolidating economic activities through a network of suppliers, subcontractors and customers.
Key dates
2013/2015:
Development of a first functional prototype.

May 2016 to September 2017:
ICAM in Toulouse is carrying out a study and manufacturing three copies of V2.

October 2017:
Launch of the version 4 study externally and hiring of an IT developer.
December 2017 to February 2018:
Start of production version 3 of the prototype in-house and signature of a commercial contract with the A2C company. Launch of the study on V4 prototypes at two service providers: SYSMECA in Toulouse and A2C in Ain.

October 2017 to April 2018:
Study then launch and manufacture of version 4. Beginning of search for early-adopters. Hiring of an executive assistant and a sales representative.

December 2018:
Hiring of a mechanical engineer.
2019:
Epur has received numerous awards for innovation, business model and location choice. They can be found in our news for 2019.

February 2019:
Finalization of production of V4.1 and sale of 6 Oakbots to our beta testers *, including three by MATPRO, one of our resellers.

November 2019:
Fundraising launched in 2018: Epur obtains € 373K thanks to four Business Angels associations (MELIES Business Angels, AMBA, BADGE, Capitole Angels) and to Mr Delorme from Mzi Holding SAS.
January 2020:
Recognition of our French know-how during our presence at the Elysée Palace for the "Made in France" exhibition.
Obtaining Training Center accreditation.

February 2020:
Design of a new clamping system and patent filing.

March 2020:
Epur joins the #ParentalAct and will offer all of its employees a paid second parent leave of one month.

May 2020:
Design and development of a stationary chassis for the Oakbot.

June 2020:
Hiring of a marketing and communication manager.
Meet us
You want a quote or a demonstration in your premises ?
Now is the time to contact us to meet. 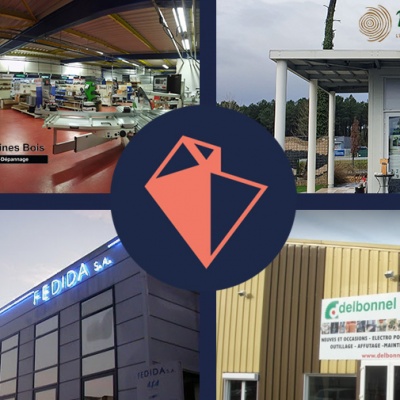 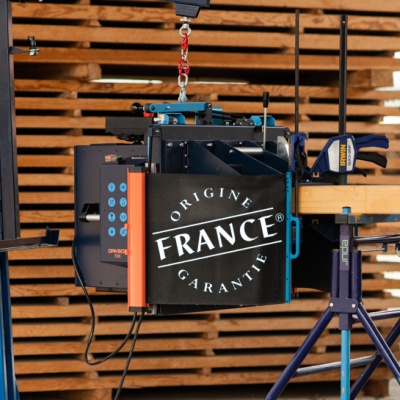 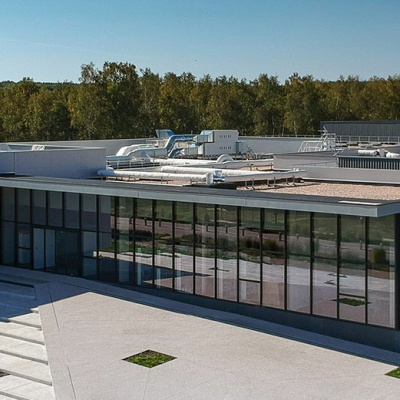